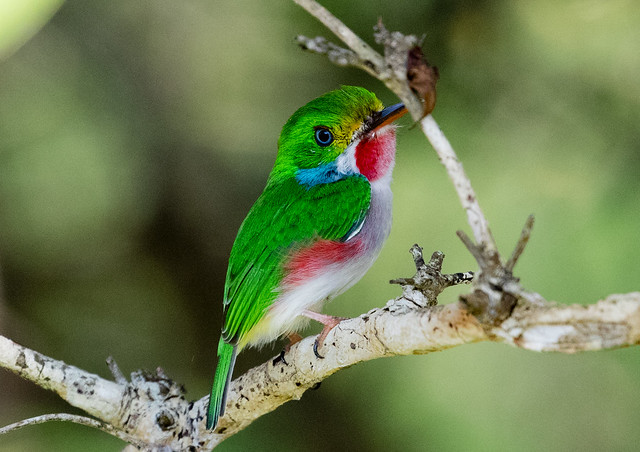 This had been Laura’s most-yearned-for species for a long time until she finally saw her first on October 11, 2016. It’s more closely related to kingfishers than songbirds. When she finally made it to Cuba, she saw and/or heard about 10 todies in all, and three of them gave her some excellent photo ops. The anticipation did not exceed the actual event—the Cuban Tody really is the Most Adorable Bird in the Universe!

Male and female have identical plumage, but males, especially during breeding season, puff out the pink feathers along their flanks while the females are more likely to keep them tucked under their wings. So the bird pictured is probably a male.

The best source for information about this species is the Cuban Tody entry in Neotropical Birds.