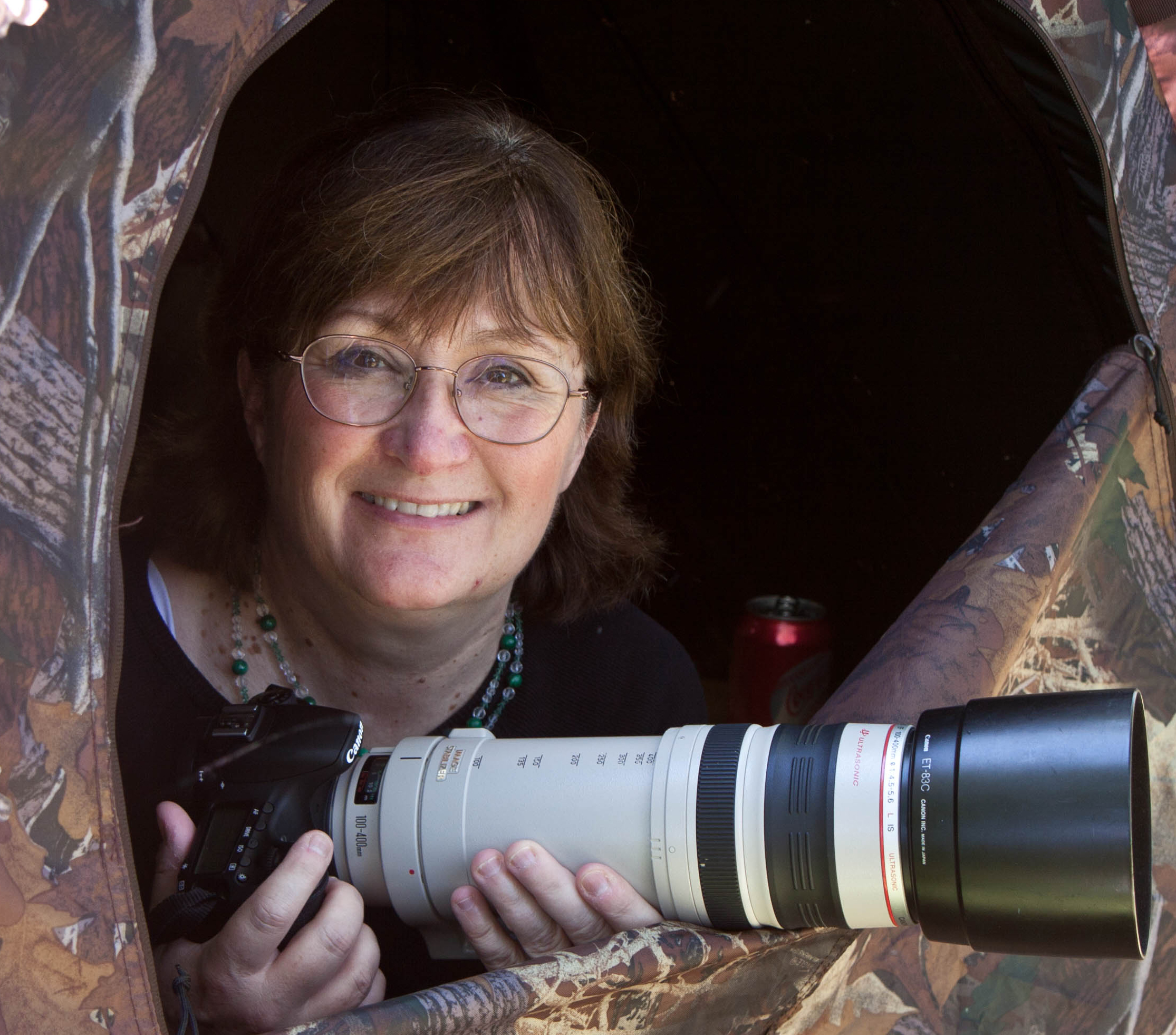 LAURA ERICKSON, recipient of the Wisconsin Society for Ornithology’s Golden Passenger Pigeon Award (2022), the Minnesota Ornithologists’ Union’s Thomas Sadler Roberts Memorial Award (2020), and the American Birding Association’s Roger Tory Peterson Award (2014), has been a scientist, teacher, writer, wildlife rehabilitator, professional blogger, public speaker, photographer, American Robin and Whooping Crane Expert for the popular Journey North educational website, and Science Editor at the Cornell Lab of Ornithology. She’s written twelve books about birds including, in 2020, The Love Lives of Birds. Her titles also include the ABA Field Guide to the Birds of Minnesota; the National Geographic Pocket Guide to Birds of North America; the best-selling Into the Nest: Intimate Views of the Courting, Parenting, and Family Lives of Familiar Birds (co-authored by photographer Marie Read); the National Outdoor Book Award-winning Sharing the Wonder of Birds with Kids; 101 Ways to Help Birds; and The Bird Watching Answer Book for the Cornell Lab of Ornithology. She’s currently a columnist and contributing editor for BirdWatching magazine. Since 1986 she has been producing the long-running “For the Birds” radio program for many public radio stations; the program is podcast on iTunes. She lives in Duluth, Minnesota.

Laura has been blathering about birds since she memorized the “Bird” entry in her family’s encyclopedia when she was a preschooler. She whistled in a cardinal when she was very little, and once saw a whole flock of warblers in the tree outside her bedroom window, though she thought they must be the angels of canaries that died saving miners’ lives.

Laura didn’t know how to identify birds until after her mother-in-law gave her a field guide and binoculars for Christmas in 1974. By the late ’70s she was subjecting her middle-school students in Madison, Wisconsin, and readers of her occasional columns in The Wisconsin State Journal to endless stories about birds. In 1981, she moved to Duluth, Minnesota, and in 1986 started producing “For the Birds,” a radio spot now airing on independent public and community radio stations from Oregon to New York. “For the Birds” is the longest-running radio program about birds in the United States, podcast at http://www.lauraerickson.com/radio/.

Laura is currently a contributing editor of BirdWatching magazine.

Laura served as a licensed wildlife rehabilitator focused primarily on songbirds and especially Common Nighthawks while she was a stay-at-home mother in the 80s and 90s; has counted raptors and songbirds at Hawk Ridge Bird Observatory and other sites in Duluth, Minnesota; and studied nighthawk digestion as part of an ill-fated Ph.D project. Her professor, Dr. Gary Duke (co-founder of The Raptor Center) told her she was the “world authority on nighthawk digestion” even as he mentioned that no one else particularly wanted that distinction.

An avid birder, Laura saw 604 species (593 countable by ABA rules) in the Lower 48 during her “2013 Conservation Big Year,” and for a few years was listed in the top ten overall on the ABA “Listing Central” for Lower 48 Big Years. Probably many people have seen more than she has who haven’t entered their totals, so this is a meaningless distinction.