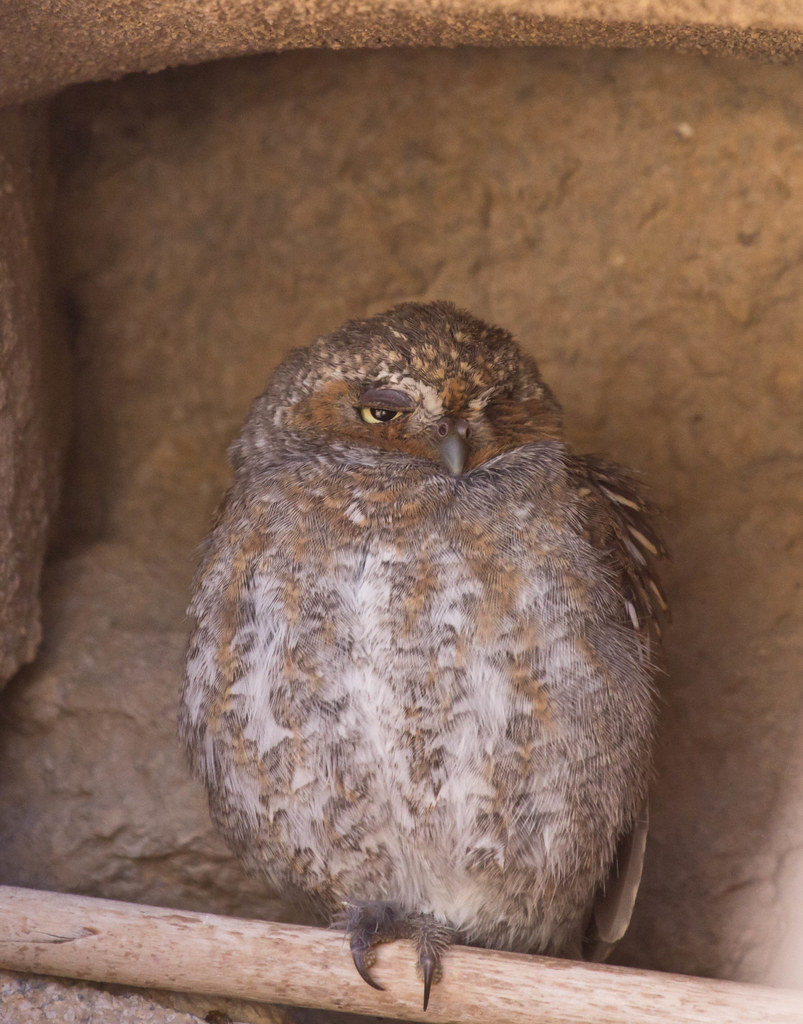 The world’s smallest owl by weight ties for smallest in measurements with the Long-whiskered Owlet (found in the cloud forest of the Andes) and the Tamaulipas Pygmy Owl (endemic to Mexico). Famous for nesting in woodpecker holes in saguaro cactuses, they also occasionally use nest boxes and woodpecker holes in other structures, such as the famous one using a telephone pole at the Santa Rita Lodge in Madera Canyon where I saw my lifer in 1982.

Elf Owls feed on insects, and are often drawn to outdoor lights where they can prey on moths flying about. They aren’t very aggressive. Indeed, sometimes they feign death when a larger bird invades their home cavity.

In the world of fiction, an Elf Owl named Gylfie is a major character in the Guardians of Ga’Hoole book series by Kathryn Lasky, and the 2010 film adaptation. An elf owl also plays a major role in the technothriller The Elf Owl and Imagined Amenities, by Sam Biondo. It’s not known whether a single real Elf Owl is aware of this.

Find on Wikipedia ABC’s Bird of the Week