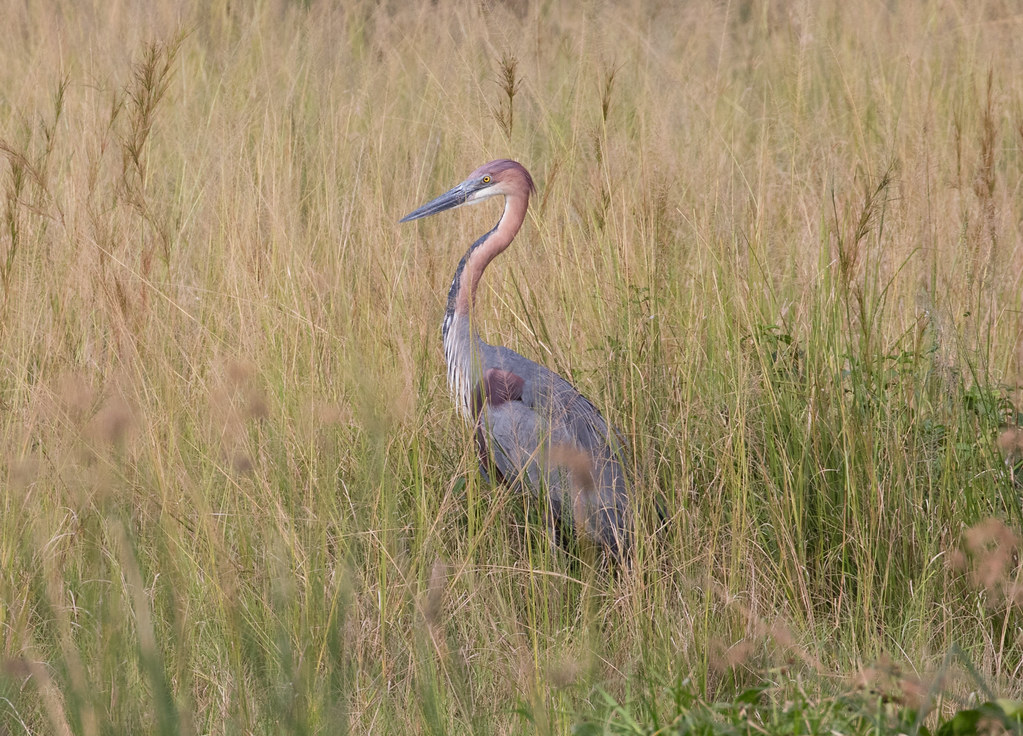 The world’s largest heron belongs to the same genus as our good old Great Blue Heron and Great Egret. Found mostly in sub-Saharan Africa but also in Southwest and South Asia, it has a wingspan up to 90 inches! In comparison, the largest Great Blue Heron’s wingspan is less than 80 inches. Goliath Herons seldom are seen anywhere away from water, even usually flying distances over rivers or streams rather than over land. They mostly eat fish, but like most herons are perfectly willing to down frogs, small mammals, lizards, snakes, insects, and even carrion.

Laura’s photos were all taken in Uganda.