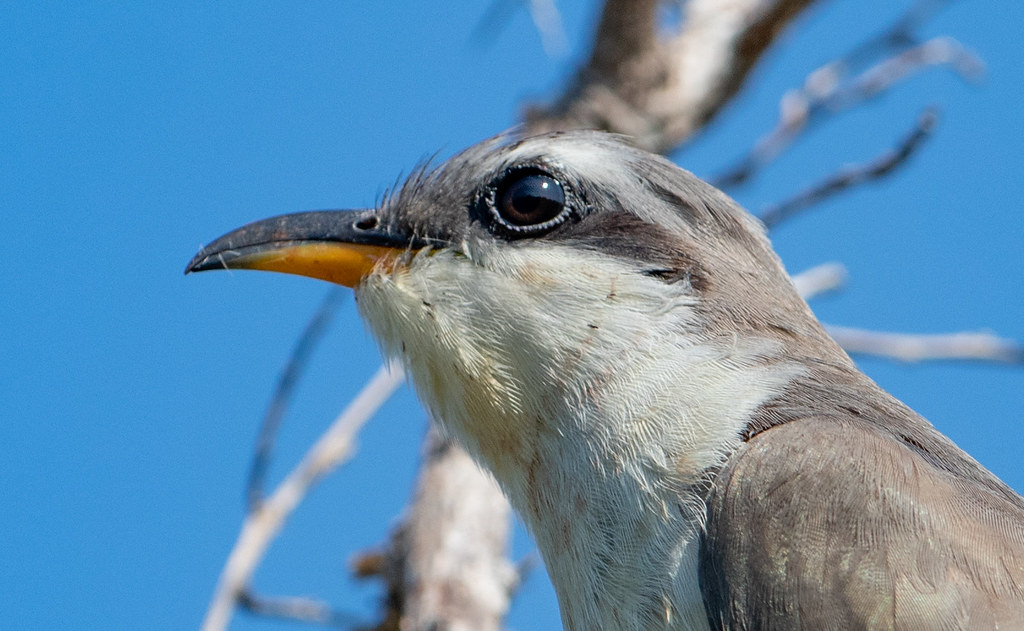 The largest of North America’s three cuckoos, this species is found in the Bahamas and Caribbean islands, and coastal Mexico down to the Atlantic coast of South America at the mouth of the Amazon. It makes its way into southernmost Florida and the Keys, but its secretive ways make it tricky to find when it’s not calling.

I saw my lifer on the Snake Bight Trail in the Everglades in November 1988, when it should have been impossible to find. Fortunately, right when I was walking along the trail, I noticed some Blue-gray Gnatcatchers swearing at it. I could see the bird clearly, but it didn’t move a muscle the entire time I watched. I could only be certain it was a real live bird because it blinked a couple of times.

Russ and I saw a pair of Mangrove Cuckoos in the Keys in 2019, when I took some of my best photos and Russ made my only recording, holding my iPhone. I’ve also seen them in Cuba and Mexico.