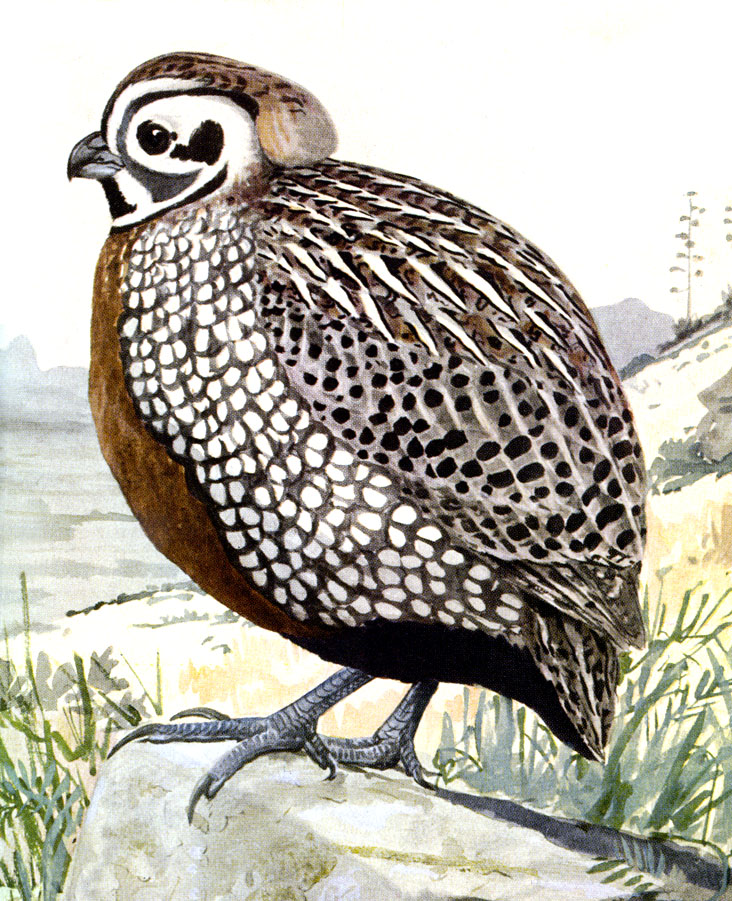 This striking bird, found in Mexico and some mountain areas in west Texas, central and western New Mexico, and southeastern Arizona, lives in open oak, pine-oak, and juniper forests on slopes of hills and canyons. Its habitat is growing increasingly fragmented, but for now the species is considered one of “least concern.”

At night, Montezuma Quail gather around a rock or tussock, usually on southeast-facing slopes, the birds in the roost covey all facing outward. Day or night, they’re very secretive and usually hard to find. Measured from head to tail, they’re one of the shortest quail of North America, yet weigh as much as some larger species. They have long, sickle-shaped claws, used for digging.

I added my lifer in southeastern Arizona during my 2013 Conservation Big Year. I got very quick looks and got to hear a group gabbling, but didn’t get any photos.