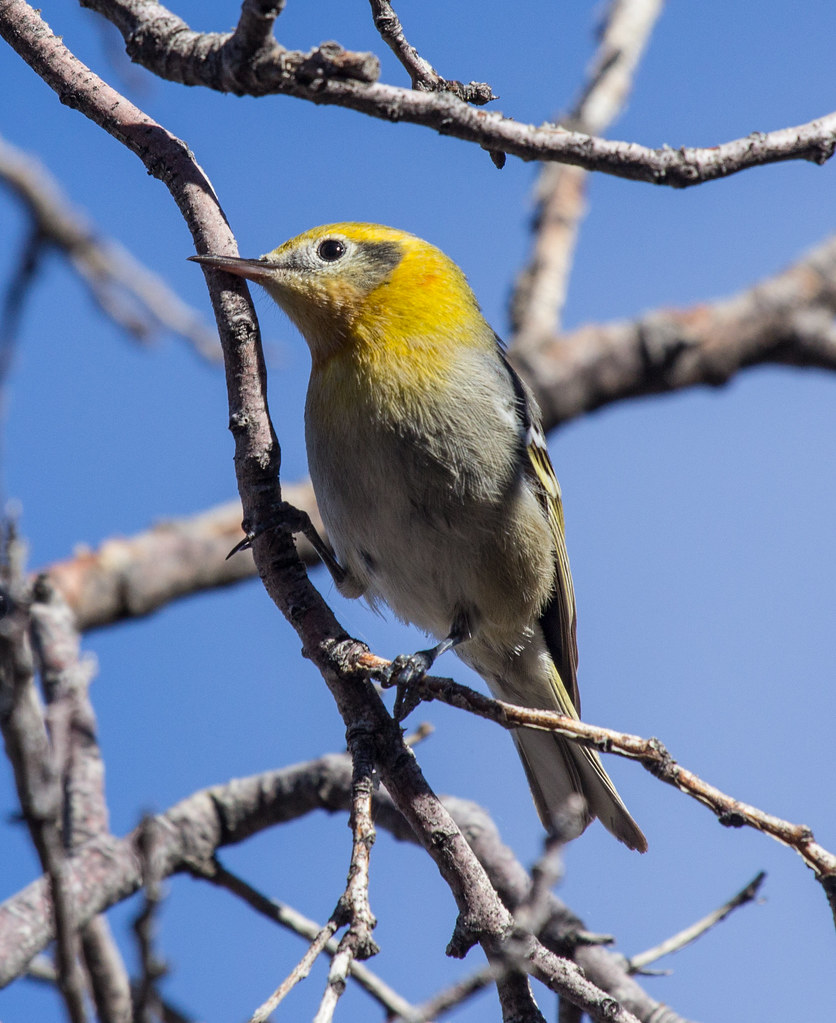 The Olive Warbler, found year-round in Mexico and northern Central America, extends its range into mountainous, open pine forests in southeastern Arizona and southwestern New Mexico during the breeding season. It spends most of its life in treetops, rarely coming down to eye level. It takes males two years to assume the orange hood and dark cheeks of adulthood.

Long considered an outlier in the wood-warbler family, it’s now considered to be the only member of the family Peucedramidae. Its closest known relatives belong to the family Prunellidae, more commonly called the Old World accentors.