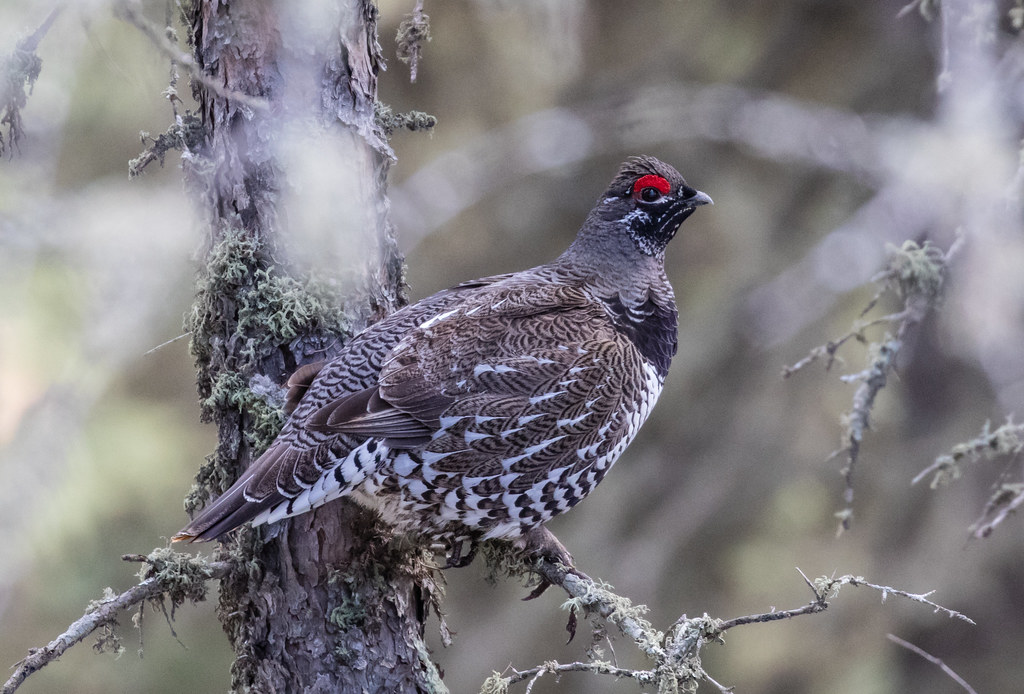 This exquisite grouse, found in spruce bogs, can be surprisingly tame–Meriwether Lewis described it as “gentle.” This is why if you luck into seeing one at all, you may end up with very good looks. They’re often drawn to the salt and grit spread on roads in winter, so many are seen, dead as well as alive, on logging roads in northern Minnesota.

Much of the year the Spruce Grouse diet includes the growing tips, flowers, and fruit of small shrubs and forbs, the fruiting bodies of forest fungi, small arthropods, terrestrial snails, and grit as well as their staple of pine and spruce needles. In winter, they eat needles and spruce and pine buds, which is why knowledgeable hunters only hunt Spruce Grouse early in the season, before their meat takes on a strong taste from the conifers. I prefer mine alive; shooting with a camera is richly rewarding year-round.