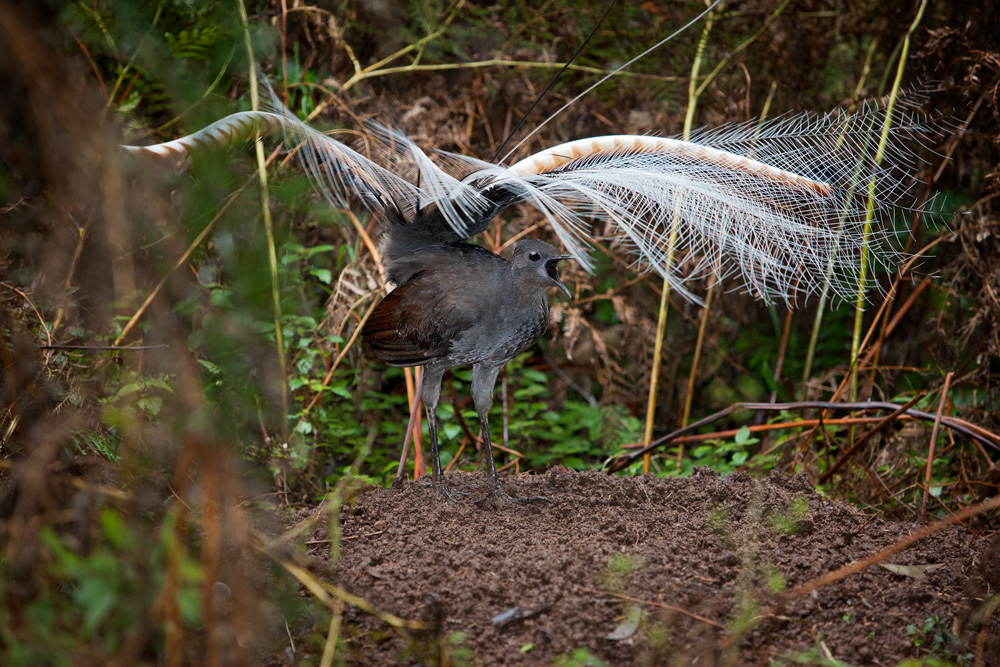 This huge Australian songbird weighs barely less than a raven. Adult males sport an ornate, 2-foot-long tail that takes 7 years to reach its full glory. The two outermost feathers form the shape of a lyre. The center twelve feathers are long and lace-like. During courtship displays, the male inverts his tail over his head, fanning these filamentaries to form a silvery white canopy.

The short, round wings support only weak flight; lyrebirds have sturdy legs and feet for easy walking, running, and digging. These are solitary birds. Females visit displaying males for mating, but raise their single chick alone on their own territories.

According to David Attenborough the species displays the most sophisticated voice skills within the animal kingdom. Both male and female lyrebirds sing but males are louder and sing more often.They can imitate twenty bird species’ calls; one captive male could mimic a car alarm, chainsaw and various camera shutters. The Cornell Lab of Ornithology published a 2016 article about female mimicry in the species.

The superb lyrebird is featured on Australian 10 cent coins.