For the Birds Radio Program: A Birder's Guide to the Movies 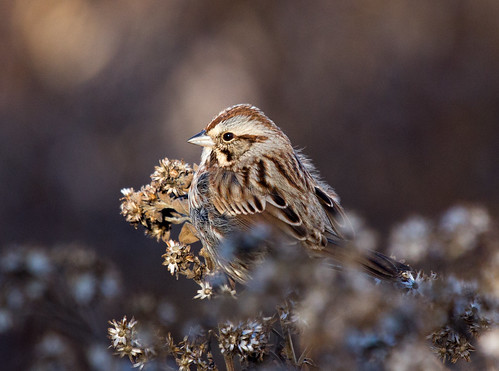 (Recording of a crow)

Ever since my family got a VCR for Christmas, we’ve been hooked on movies checked out from the library. And I’ve started recognizing individual actors–like the crow who shows up in several of Frank Capra’s films. This crow plays Uncle Billy’s pet in “It’s a Wonderful Life,” a virtual member of the family in “You Can’t Take It with You,” and has non-speaking roles in several other films.

Watching “Psycho,” I still get a delicious creepy feeling when I first see the stuffed crow that Norman Bates learned his taxidermy skills on. But somehow it isn’t quite so scary when I recognize the same stuffed crow sitting on the porch steps in “The Birds.” Now a real American Crow’s call can be truly alarming, and I’ve watched crows dive- bombing owls–I’d hate to get a bunch of them mad at me. A flock of crows is even called a murder of crows. But it’s hard to feel too scared by the crows in “The Birds.” Watching them fly at Tippi Hendron, I can’t help but notice that they’re flapping way too fast for any large bird. And the calls they’re supposedly making were obviously recorded at some zoo’s tropical bird aviary–no crow ever sounded like that. Real crow calls wouldn’t have been hard to get, not in the sixties when the film was made, and would have been far more frightening both for knowledgeable birders and regular people.

The gull scenes were a little better–Hitchcck used real gull calls–but again, the attacks were too clearly faked with stuffed birds to frighten me. The premise of Hitchcock’s movie was great, and it had the potential to scare even the most ornithological of audiences. That’s why it was such a great disappointment to me–there were so many possibilities that Hitchcock didn’t use. Back in my junior high teaching days, I could get a scream from the most macho of eighth grade boys by sending him toward a pair of nesting Black Terns. These birds dive bomb anyone who approaches their nest, flying straight for the eyes. The birds aren’t stupid–they veer off just before they hit–but I’ve never yet met a person who didn’t cringe as a Black Tern swooped in. It would have been so easy to get film footage of genuinely angry birds without resorting to fake flapping sounds and stuffed bird puppets.

“Charlotte’s Web” was another film disappointment to this birder. E.B.White loved the natural world, and carefully captured its simplicity and grace in his prose. How could the animated film makers cheapen his work by drawing such unrealistic birds flying around the farm? They could have bought a field guide–or even checked one out of the library–and drawn birds that looked at least something like the birds on the Zuckerman farm. Then, at the end of the movie, when spring comes and Charlotte’s babies emerge, a song sparrow flies down to a branch. The drawing is not much better than my five-year-old son could have done, but at least it’s recognizeable–that is, until it bursts into a canary’s song.

All in all, if you want to see realistic birds, you might just as well take a walk through your own neighborhood as go to the movies.

(Recording of a Song Sparrow)