31. If you must control mosquitoes, do so safely. 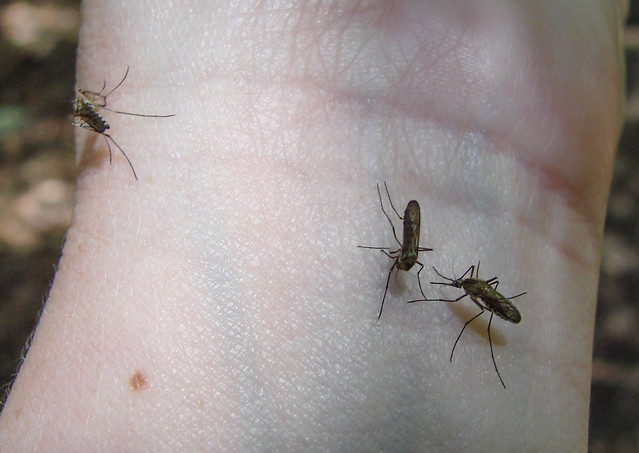 From earliest times, humans and birds have suffered from mosquito-borne illnesses. We think of malaria, yellow fever, encephalitis, and dengue as human diseases, but mosquito-borne disease organisms take a huge toll on birds, too. For example, West Nile virus has killed many more birds than humans. In Hawaii and other oceanic islands where mosquitoes were introduced during historic times, native human and bird populations have been decimated, and some bird species rendered extinct, due to disease transmission by these blood-sucking pests. These diseases are especially problematic in tropical areas, where mosquitoes flourish despite decades of environmental pesticide applications.

Many insecticides are known to have serious environmental effects, but the most famous is DDT. According to an Environmental Protection Agency press release from December 31, 1972:

A persistent, broad-spectrum compound often termed the “miracle” pesticide, DDT came into wide agricultural and commercial usage in this country in the late 1940s. During the past 30 years, approximately 675,000 tons were applied domestically. The peak year for use in the United States was 1959 when nearly 80 million pounds were applied. From that high point, usage declined steadily to about 13 million pounds in 1971, most of it applied to cotton.

DDT was also used in many areas as a failed attempt to control gypsy moths and the bark beetles that spread Dutch elm disease. DDT was banned after a long public debate about the role of toxic chemicals in the environment. One side was originally articulated by Rachel Carson in her book Silent Spring, written as she was suffering from breast cancer and published just two years before she died. Even today, many continue to insist that DDT and its metabolite, DDE, which was found in human breast milk, do not pose a health risk to humans, despite current research establishing that DDT levels in pregnant women’s blood were correlated with preterm births and low birth weight, major contributions to infant mortality. 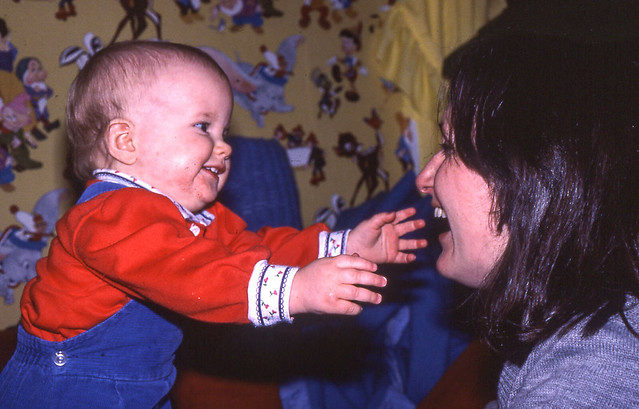 Carson wrote, “We allow the chemical death rain to fall as though there were no alternative, whereas in fact there are many, and our ingenuity could soon discover many more if given opportunity.” Her facts were meticulously documented, her evidence and conclusions supported by a huge number of independent scientists. When the chemical industry couldn’t dispute Carson’s facts, they resorted to ad hominem attacks on the author herself. Laura Orlando wrote in the March–April 2002 issue of Dollars & Sense: The Magazine of Economic Justice:

Industry’s attack on Rachel Carson was swift and vicious. The chemical companies banded together and hired a public relations firm to malign the book and attack Carson’s credibility. The pesticide industry trade group, the National Agricultural Chemicals Association, spent over $250,000 (equivalent to $1.4 million today) to denigrate the book and its author. The company that manufactured and sold the pesticides chlordane and heptachlor, the Velsicol Chemican Company of Chicago, threatened to sue Houghton Mifflin.

Milton Greenstein, legal counsel and vice president of The New Yorker, was called by at least one chemical company and told that the magazine would be sued if it didn’t pull the last installment it planned to run of Carson’s book. Greenstein responded, “Everything in those articles has been checked and is true. Go ahead and sue.” John Vosburgh, editor of Audubon Magazine, which published excerpts from Silent Spring, said pretty much the same thing when Audubon was threatened. According to Carson biographer Linda Lear, Velsicol’s lawyers suggested to Vosburgh that printing “a muckraking article containing unwarranted assertions about Velsicol pesticides “might jeopardize [the] financial security” of magazine employees and their families. Vosburgh was so incensed that he wrote an editorial that appeared with the book excerpts, criticizing the chemical industry’s response.

Even today, corporate interests continue to vilify Rachel Carson as if she had single-handedly (and seven years after her death) banned DDT, and as if the ban was based entirely on DDT’s effect on birds rather than valid concerns, now proved, about its potential to harm human beings. Gilbert L. Ross, M.D., medical director of the American Council on Science and Health, wrote a widely quoted letter to U.S. News and World Report (January 31, 2000):

Ms. Carson’s writings may have been responsible for the chirping of “untold numbers of birds” who owe their lives to her. But, should we not also remember the millions of malaria victims in the third world whose voices have been prematurely stilled due to the banning of the DDT she demonized? It is Ms. Carson’s spiritual cohorts who hope to stifle the potential of food biotechnology to feed the hungry masses, thus following in their mentor’s misguided footsteps.

Ross neglects to point out that although Carson wrote a well-documented and influential book, her death took her out of the national dialogue that led the Nixon administration to begin regulating pesticides. Ross also neglects to mention that DDT is still legal in some of the Third World countries where malaria rates are increasing and where other mosquito-killing insecticides are heavily applied as well. Indeed, the heavy application of DDT for agricultural and other purposes is blamed for mosquitoes’ built-up resistance to the pesticide, rendering it ineffective against dangerous malaria vectors in West Africa, Iran, Pakistan, India, Sri Lanka, Greece, Egypt, Central America, and Colombia. And Ross doesn’t acknowledge that, as a wide-spectrum insecticide, DDT killed enormous numbers of bees and other pollinators, insects essential for producing many of the crops and fruits that “feed the hungry masses.” 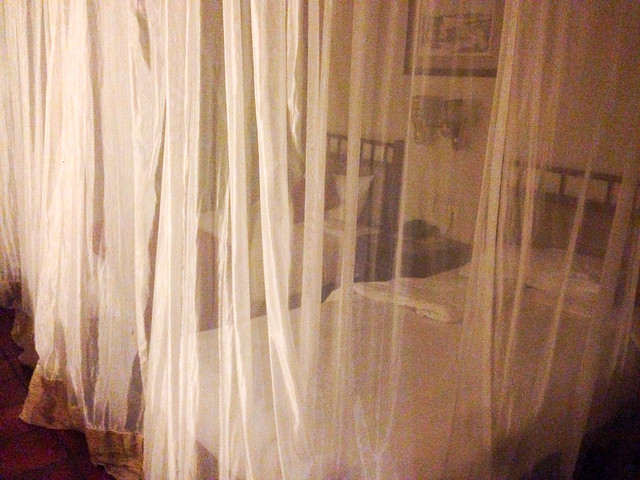 Rachel Carson’s concerns about the effects of DDT were proved correct, but some studies suggest that DDT might play a role in protecting human health without entering natural or agricultural food chains. Since the 1940s, DDT has been applied indoors on upper walls and ceilings where mosquito-borne diseases threaten human lives. This practice has been an effective control against the spread of malaria in the Mississippi River Valley of the United States and in Italy, Venezuela, Guyana, India, and several other counties, with little or no effect on humans and pets. But regulation and control of such indoor use of DDT for malaria control should be in the hands of the Environmental Protection Agency (EPA) and the Centers for Disease Control and Prevention, not the Department of Agriculture, with appropriate safeguards to protect people, pets, and the natural environment from contamination. Nowadays, there is a safer alternative to DDT for outdoor use in combating mosquitoes—the larvicide Bti. This strain of Bt (Bt israelensis) kills aquatic insect larvae belonging to the order Diptera, including mosquitoes and blackflies, but it doesn’t affect mayflies, dragonflies, caddisflies, or other species belonging to different orders. Bti poses virtually no threat to humans, birds, or beneficial insects. Because it targets larvae, it is sprayed over water, unlike mosquito adulticides, which are sprayed over land. 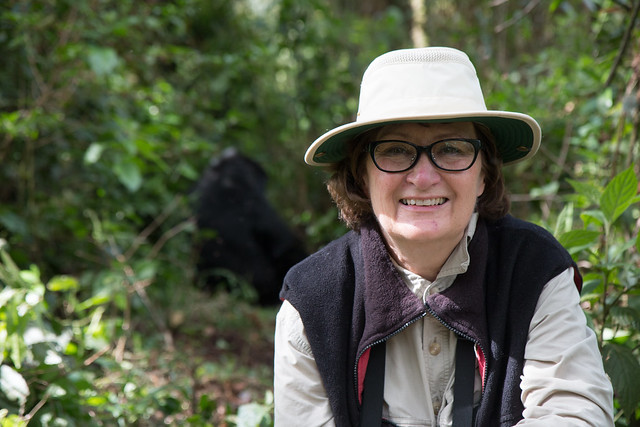 Using targeted larvicides, making netting and repellants more readily and cheaply available to people in mosquito-infested areas, developing effective repellants and pesticides for indoor use by vulnerable people, and focusing research on specific disease organisms and vaccinations would provide more effective short- and long-term disease control than continued outdoor spraying of broad-spectrum insecticides. A wiser use of resources for the chemical industry would be to develop specific biochemical agents that can disrupt physiological processes unique to mosquitoes rather than to continue denying or distorting proven research and vilifying a woman who has been dead for forty years and cannot defend herself or respond to new information. 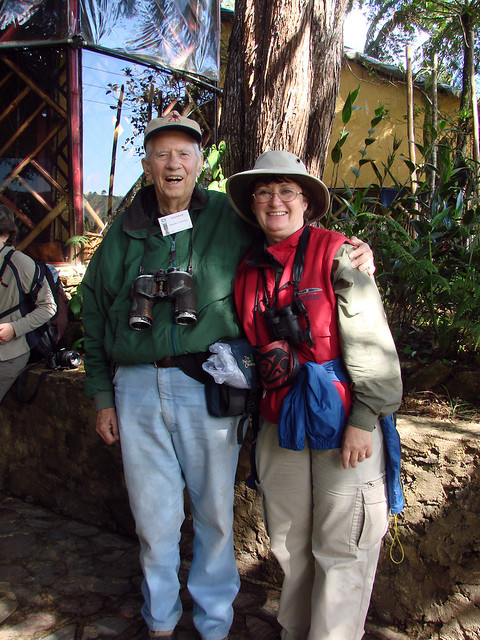 Of course, DDT was not the only insecticide in use in the 1960s. Today, 12,000 pesticides are registered by the EPA for use in the United States. Wayne Sinclair, M.D., and Richard Pressinger, M.Ed., compiled a body of information about the dangers of insecticides. Searching through six medical journals, they found reports of health risks from the mosquito-control pesticide Dibrom (maled) and the pyrethroid pesticide permethrin, including genetic damage, cancer potential, neurotoxicity to unborn children, and harm to marine life. Shockingly and ironically, they noted that pesticide applications appear to be dramatically increasing the incidence of encephalitis, perhaps because of immune system damage to the wildlife that carries encephalitis or to the mosquitoes’ own defenses against the disease. Or it may be related to the fact that a higher percentage of dragonflies and other insect predators are killed than mosquitoes, removing a significant cause of natural mosquito mortality.

West Nile virus first appeared in New York in 1999. In the year 2000, more than 80,000 bird carcasses were found throughout the state and brought in for analysis. Funded by the National Audubon Society, Dr. Ward Stone did detailed necropsies on more than 4,000 of those dead birds. Thirty-one percent tested positive for the virus, but 48 percent had died from pesticides and other environmental toxins. Despite massive outdoor spraying, West Nile virus continues to spread. In Minnesota, the prevalence of the disease in a seven-county mosquito-abatement district that relies on pesticide use is about the same as in the remainder of the state. 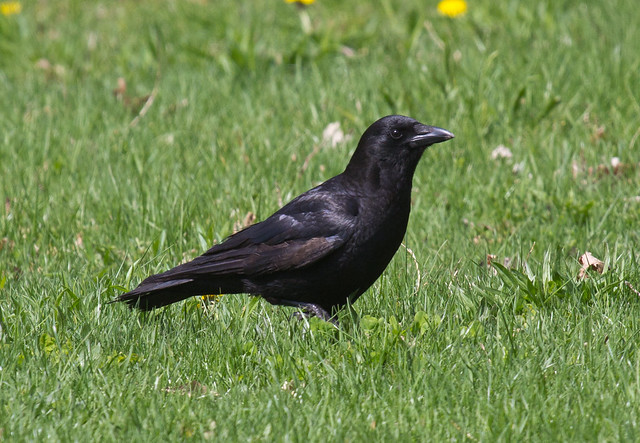 Unfortunately, many of the mosquitoes implicated in disease transmission in the United States are those that reproduce in small, even tiny, stagnant water sources such as gutters, puddles, children’s toys, tires, birdbaths, and other containers and water sources that can’t be sprayed with Bti efficiently or effectively. Any effective mosquito-abatement project must include public education, and every community and individual must take responsibility for eliminating as many of these small sources of standing water as possible. Encouraging mosquito-eating bats and swallows to live in your area by installing appropriate nesting and roosting boxes can provide additional help. 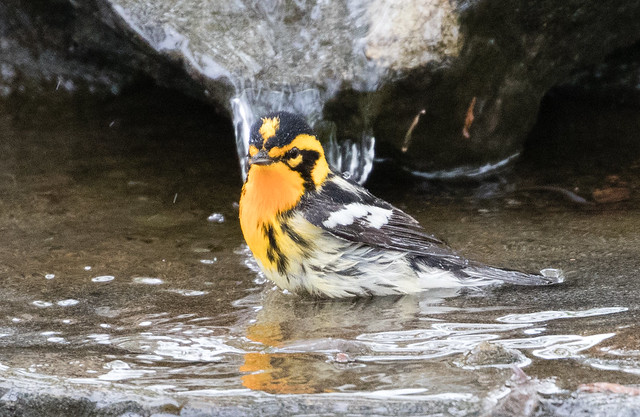 When she was small, my daughter developed a rare, severe reaction to mosquito bites, so it was imperative that we minimize or even eliminate mosquitoes from our house and prevent Katie from getting bitten outdoors. Some of the steps we took to protect her would also work for people with compromised immune systems and others vulnerable to West Nile virus and other mosquito-borne illnesses.