In the 1970s, when the organization of Petroleum Exporting Countries (OPEC) raised oil prices to unprecedented levels and the United States was faced with shortages, the country responded with several gas-conserving measures, including requiring auto manufacturers to improve the fuel efficiency of their fleets. At first, this requirement had a dramatic effect on the average gas mileage of passenger vehicles (the average fuel efficiency in 1974 had been only 12.9 miles per gallon), but when minivans and sport-utility vehicles (SUVs) were classified as light trucks rather than passenger vehicles and exempted from the requirement, the average fuel economy of vehicles on the road actually declined. By 1991, it was at the worst level in two decades, according to Forbes. With SUVs and minivans so popular, automakers and oil companies continue to profit from Americans’ taste for gas-guzzlers.

Meanwhile, as our highways become more congested, daily rush hours in metropolitan areas become increasingly worse, causing each commuter’s drive time and thus emissions to increase. In 2004 the Texas Transportation Institute’s annual Mobility Report noted that in 2002, snarled traffic cost travelers in the eighty-five largest U.S. cities 3.5 billion hours a year, compared with 700 million hours in 1982. In 1982, 30 percent of urban highways were congested, meaning that traffic wasn’t free-flowing, whereas in 2002, 78 percent of urban highways were congested. This is clearly a waste of time, but it’s also a waste of precious natural resources. For gasoline-powered nonhybrid vehicles, idling and moving through congestion produce the worst gas mileage of all. So all the problems associated with poor fuel efficiency are exacerbated by our increasingly congested highways.

Barring stronger government regulations (which worked in the past), the only way automakers will get serious about improving fuel efficiency is if consumers demand it. The statistics for gas mileage and greenhouse gas emissions, air pollution ratings, and safety information on new and used cars and trucks are available from the Environmental Protection Agency (EPA). Interestingly and ironically, the worst gas-guzzlers of all—large vehicles with a gross weight over 8,500 pounds, such as larger pickup trucks and the biggest SUVs—are currently exempt from furnishing such data to the EPA; fuel-efficiency rules apply only to automobiles and “light trucks.” Yet small businesses qualify for a special tax break when purchasing SUVs, including the most egregiously polluting and fuel-wasting models; this tax break is unavailable for vehicles of other classes.

As with so many things, buying a fuel-efficient car helps people as well as birds. It protects the air we breathe and limits contributions to climate change. And fuel economy saves money. According to the EPA, the owner of a vehicle that gets 40 miles per gallon (mpg) will spend $562 less each year on gasoline than the owner of a 20 mpg vehicle, so if you own your car for four years, the 40 mpg vehicle will save about $2,250, assuming 15,000 miles of driving and a fuel cost of $1.50 per gallon. As of this writing, gas in my city costs $2.29 per gallon. You do the math. 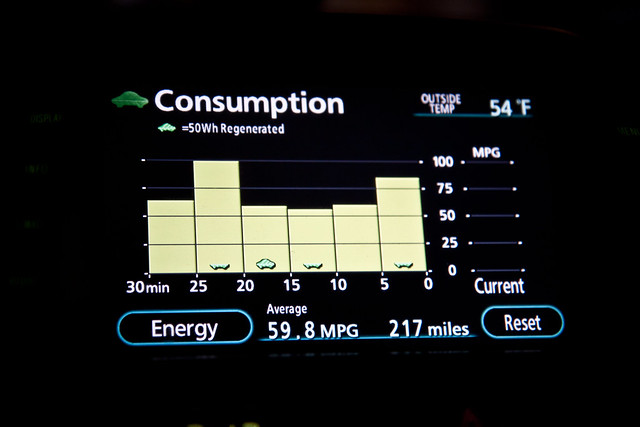