The goal of wildlife rehabilitation is to provide professional care to sick, injured, and orphaned wild animals so that they can ultimately be returned to their natural habitats. Animals whose injuries or illnesses will prevent them from living successfully in the wild are either humanely euthanized or, in limited cases, placed in an educational facility if the animal is healthy enough and adaptable enough to serve as an educational tool.

Wildlife rehabilitation involves veterinary medicine, basic first aid, and physical therapy. Because groups of birds are so different from one another and from domestic birds, avian rehabilitators also need extensive knowledge about each species they care for, including its natural history, nutritional requirements, feeding techniques, behavioral issues, and caging considerations, as well as any dangers the birds may present to rehabilitators. Rehabbers have to be able to respond to emergencies, sometimes picking up animals in difficult circumstances without putting themselves or other people at risk. Once bird rehabilitators receive their permits, they normally continue to attend conferences, seminars, and workshops; keep up with published literature; and network with others in the field.

In addition, wildlife rehabilitators spend a lot of time responding to people’s questions. I’ve fielded questions from people in a panic because a bird, usually a Ruffed Grouse, has crashed through a window and is running all over the house bleeding, with broken glass everywhere. Some people call wondering whether they should ask the letter carrier to deliver their mail next door until the phoebes or robins nesting on the front porch fledge their babies. Others are at their wits’ end because a cardinal or robin keeps bashing itself against a window, fighting its reflection. Anguished people often call after hitting a bird. Others call after keeping a small nestling for a week or so, feeding it nothing but crackers and milk (both inappropriate for birds), by which time it’s too late to save it. Occasionally, people call after finding a sick or dying bird on their lawn the day after it was treated with pesticides; some are distraught and feel guilty, while others refuse to believe that pesticides were the culprit. One man demanded that I come to his house and take some baby Chipping Sparrows out of the nest in his yard before they fledged, so that his cat wouldn’t kill them. When I suggested that he keep the cat indoors for a few days, he called me an ugly word, said he hoped that the cat ate all the baby birds, and slammed down the phone.

Wildlife rehabilitation takes care of individual birds, not entire populations, so many people feel that their contributions would be better spent elsewhere. But rehabbing birds does more than restore thousands of birds to the wild each year that were harmed by windows, cats, pesticides, automobiles, oil spills, and other human-caused mishaps. It also gives us important insights into avian physiology and behavior and opportunities to develop techniques that can then be used to help endangered species. And rehabbers provide invaluable one-on-one educational services, even if some people refuse to be educated.

Maintaining and staffing well-run facilities can be expensive. By supporting the wildlife rehab clinic that serves your area, you can make a genuine difference in the lives of individual birds, help larger populations, and support conservation education. 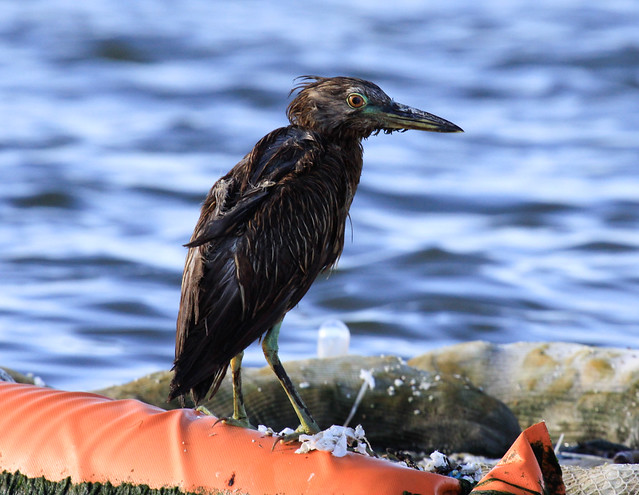