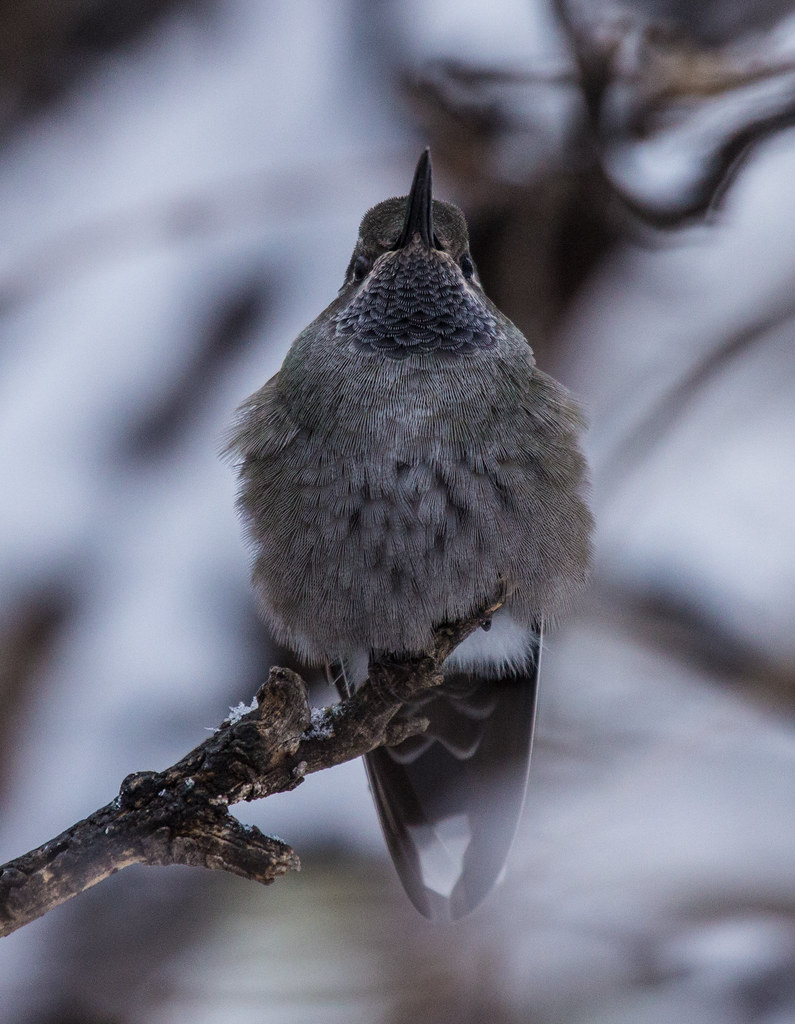 Now called the Blue-throated Mountain-Gem, this oversized hummingbird—the largest one north of Mexico, weighing three times as much as a Ruby-throated Hummingbird—is also one of the most vocal hummingbird species, making high-pitched, monotonous peeps. The female has a special vocalization, too, that appears to indicate that she is ready to mate; she also makes a series of short flights that appear to be a display to the male before copulation.

The Blue-throated Mountain-Gem is found near streams in mountain canyons as far north as southeastern Arizona. It spends a lot of time at feeders where available; its size seems to make it the dominant hummingbird species, but in my experience, the much tinier Broad-tailed Hummingbird seems capable of holding its own with a Blue-throated Hummingbird.