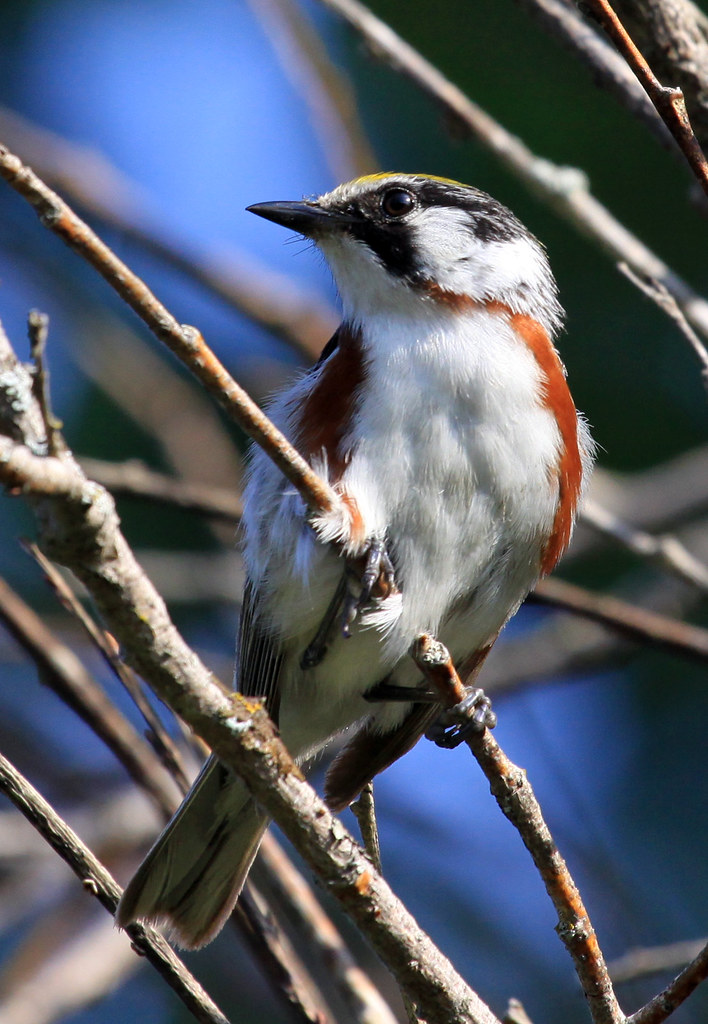 This handsome warbler has an easy-to-hear song and stays at eye level much of the time on its breeding grounds, making it fairly easy to see if you’re reasonably patient. The song most people learn follows the rhythm Pleased, pleased, pleased to meetcha. That song is the one Chestnut-sided Warblers use to attract a mate. Their other, unaccented song is trickier for people to recognize—that’s the song the warblers use to defend their territory against other males. Some males only sing the unaccented song—they have a much more difficult time attracting mates than males who sing both. Researchers have found that both songs are affected, independently, by cultural evolution.

Chestnut-sided Warblers are one of the warblers adapted to second growth habitat for breeding. In Central America in winter, they join mixed-species foraging flocks that also include resident antwrens and tropical warblers. Individual warblers return to the same areas year after year, joining back up with the same foraging flock they associated with the year before.

Chestnut-sided Warblers have lived for over 7 years. An adult male was banded in Ontario on May 19, 2012 and recaptured alive and well, and released, on September 6, 2017.