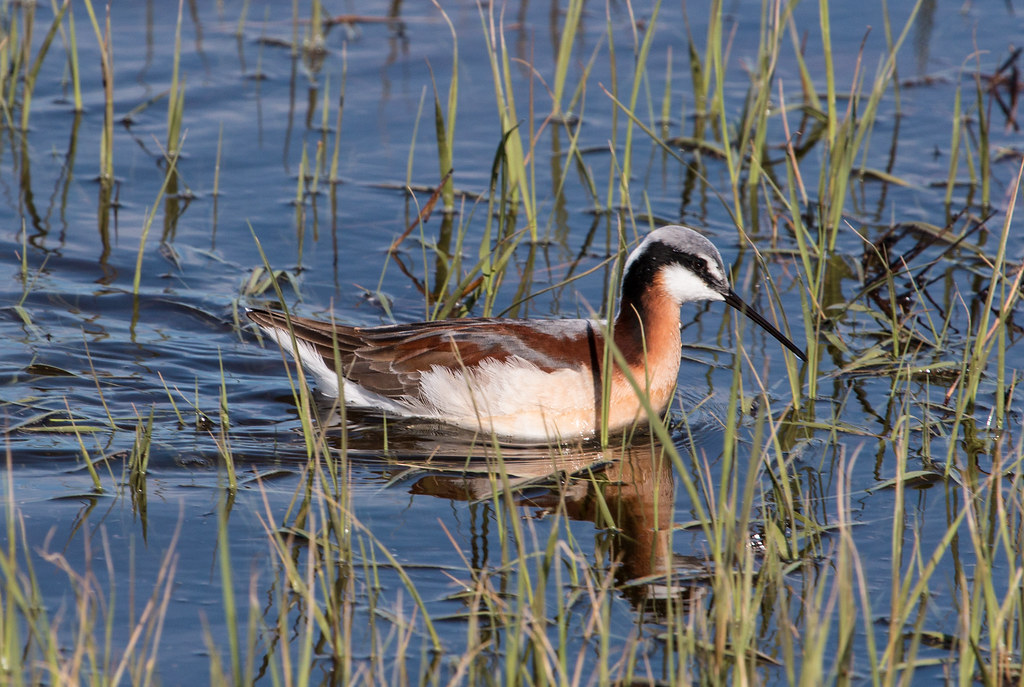 This elegantly beautiful shorebird is exceptional in a few ways. Females are much more brilliantly colored than males, and are the ones who defend the territory, right up till the moment when the fourth egg is laid, when they immediately move on to a new territory and mate. The more softly colored males incubate the eggs and raise the chicks.

Unlike most birds, Wilson’s Phalaropes don’t molt on either their breeding or wintering grounds—they migrate to a resting area to molt into new plumage before continuing on to their wintering grounds. During that molt, they pig out, sometimes actually doubling their weight. Between the excess weight and their missing or not entirely grown flight feathers, some individuals may be rendered flightless for a week or so.

Phalaropes often hunt for food while spinning in fairly deep water, creating a vortex that draws insects to the surface.