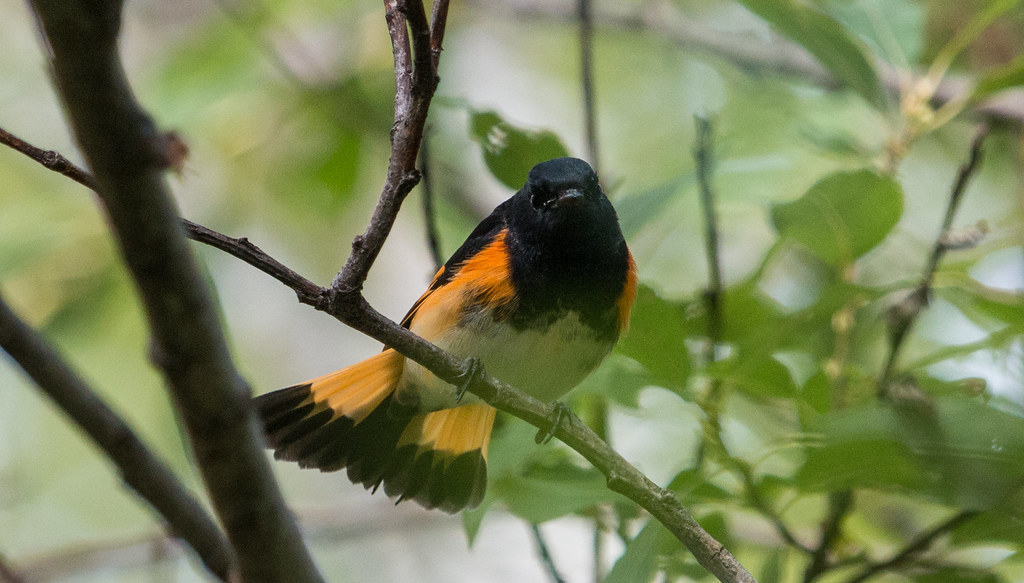 This plucky, active little bird has a wide variety of songs, often tricking birders into thinking it’s something else. Redstarts are great at hiding in shrubbery, but patience is rewarded: when they do come out, they often perch at eye level. Adult males in their black plumage are hard to photograph well because the black eyes seem hidden in the head feathers. Males can have long singing bouts because between songs they flit about, grabbing insects.

American Redstarts were once in a separate genus, Setophaga, from the other common wood warblers, in Dendroica. When scientists decided, based on DNA and other evidence, that the redstart belonged in the same genus with the others, they had to place all the former Dendroicas into Setophaga, because the redstart had been named before any of the others, in 1758 by Linnaeus. That gave its genus name priority.

Unlike many warblers, American Redstarts often migrate in loose flocks with other redstarts as well as other warbler species. They also are unlike other warblers in having rictal bristles, which are stiff bristly feathers at the base of the beak.